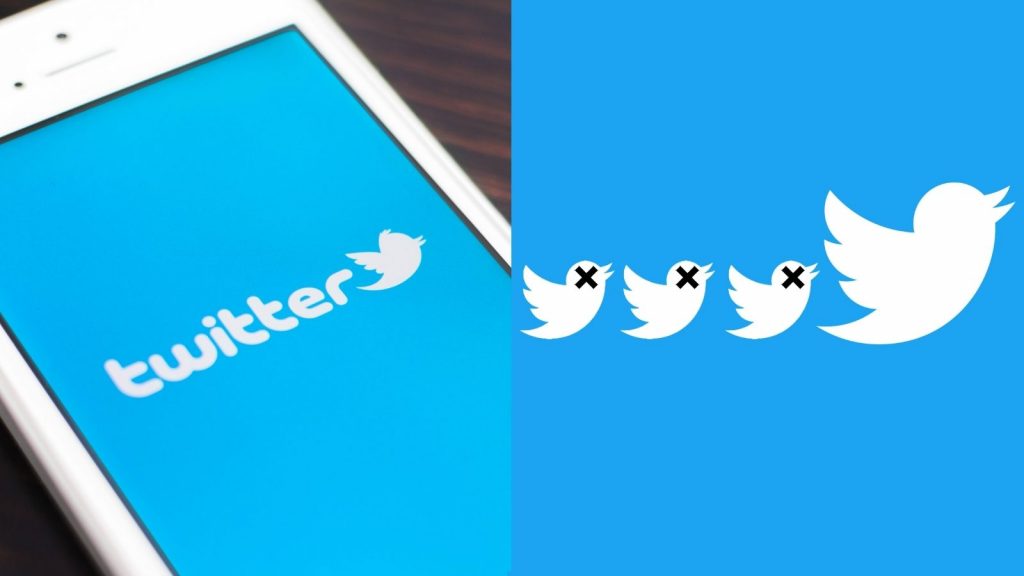 You may be losing Twitter followers because of different reasons. It even may be recently changed Twitter’s algorithm when Twitter deleted many locked-out Twitter accounts so everyone noticed drop in their followers count.

But it may not be necessary algorithm changes or Twitter updates, you may be losing followers because of wrong Twitter marketing tactics! Here are 7 main reasons why you are losing Twitter followers.

1. Losing Twitter followers because you are being too promotional

If you tweet just about your brand’s products or services, then your followers will be sick of you. You need to remind yourself that Twitter is social network platform, not classifieds billboard. It’s mainly built for sharing thoughts, views and ideas, not for product promotion.

Don’t get me wrong, you should promote your brand’s products, why would you create brand’s Twitter account then, right? But you need to do it delicately. Try to include your product or service in every fifth tweet or so, and let the other 4 tweets be non-promotional that would interesting to your current and potential followers.

Keep in mind that followers will be interested in your products only after you entertain them or give valuable content for free. So, if you noticed that your followers are dropping, check your tweet’s history and count if there’s not to many promotional posts.

Don’t overwhelm your followers. If you tweet too much, then your followers’ feeds will be drowned only by your tweets, and they may unfollow you just for that. Posting too much may look spammy.

Also, note that if you just thought of few great tweet ideas, don’t just post them one after another. I know that you want to share that with your audience as fast as possible, but just give them some time to read the first tweet. Don’t do it all at once. Post one tweet, then give it 2 – 4 hours and post another one.

If you are having problem with this and can’t be on Twitter all day so space out your tweets, just use tweet scheduling function. It will make your audience happy and even save your time!

We were just talking about not posting too much, but also keep in mind to upload new tweets regularly. If your audience didn’t hear from you in a while, they may consider you as an inactive user.

Some users even do cleaning session once a year. They open up some third-party app, which shows them their followings which haven’t tweeted in a while. Then they unfollow those users. Why should anyone follow some inactive account that does not post new content, right? Keep that in mind and try to update your content daily so that your followers wouldn’t write you off.

Users go to Twitter to communicate. If you don’t respond back to your followers and don’t engage, then they may find you not interesting.

In your Twitter account’s description you probably mentioned some topics on which you concentrate and what’s more interesting for you. Maybe that’s why your follower followed you in the first place. So, if you start tweeting random things that aren’t related to your main topics, then your audience probably won’t be interested in that tweet. And if you tweet an unrelated post again and again, many of your followers will probably start unfollowing you right away.

If you still can’t handle yourself from tweeting off-topic things, just use the 80/20 rule. 80% of the time tweet posts that are related to your main topics, and leave 20% for off-topic posts. The less off-topic posts there will be, the more your audience will be happy and stay following you in the future.

6. Wrong or too many hashtags

You should keep your posts on topic and also select correct hashtags that represent your post’s topic the best. So, spend some time researching the best hashtags for your post, don’t just use the same general hashtags for all of your tweets.

Also, don’t include to many hashtags to your tweet. There is only 280 characters limit for your tweet, so try to use it as effective as possible. Don’t be from one of those whose hashtags take more space than an actual tweet. That looks like spam!

Researches on Twitter hashtag’s quantity conducted that you should aim to use only 1 – 2 hashtags in one tweet. Anything more can look spammy to your audience and consequently they may unfollow you because of that. Try to limit yourself to 1 – 2 very specific hashtags that represent/explain your tweet’s topic the best.

If you are using some third-party applications to automatically follow/comment/like other users’ tweets, don’t expect that you will get real engagement. If you use those apps only to follow other users with the idea that they would follow back, then you are doing it wrong.

Follow for follow tactics does not work these days. Even if they follow you back, still they do more negative effect to your account than positive. As usually they are inactive accounts that are not really interested in your ideas/thoughts, so your engagement and reach drops badly. That’s because they only followed you because you followed them first.

It’s important to note that these followers will still unfollow you after a couple of days/weeks. Try to build your audience in organic way – just post great & interesting content daily.

Here were 7 main reasons why you may be losing your Twitter followers. First step to problem solution is finding out the cause of the problem. As you now probably know why you were losing Twitter followers, it should prevent followers from dropping. We hope that your followers will only go up from today!