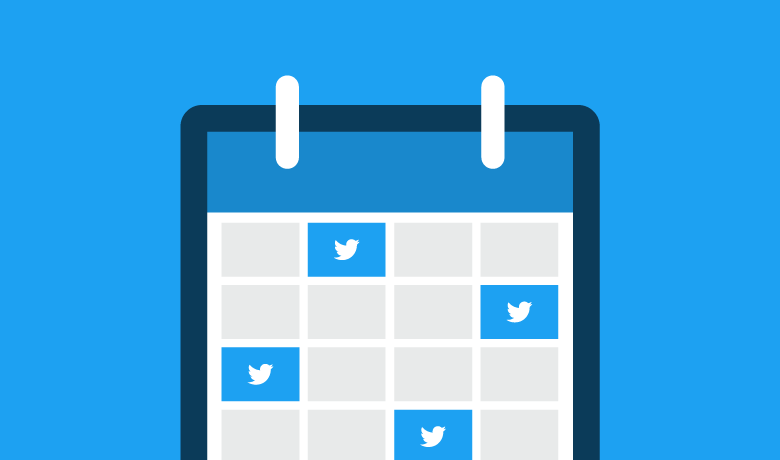 Due to its popularity and suggested performance opportunities, Twitter is considered as a valuable platform for a wide variety of business goals and for different people. It means that Twitter as a social media platform is a great place where comedians can write down their jokes, celebrities may express their thoughts, newspapers and magazines can easily publish their breaking news. What is more, using Twitter, brands boost their products’ awareness, establish relationships with their target audience, generate leads to their websites and consequently try to increase sales.

Just think how long it takes to write a tweet’s text, select a suitable image, search for the hashtags that reflect the main thought of your post. And while preparing this entertaining, informative and eye-catching tweet you cannot skip the best uploading time (when you can get the higher level of engagement). Notice, all this mentioned was only about one Twitter post.

Luckily, one of the features, which is offered by the Twitter platform, is an ability to use tweet scheduling. If you are the one who have a million of tasks on a to-do list and are afraid of missing to upload a Twitter post, then the solution of scheduling tweets is for you. It will help you to not only save your time, but also increase growth of your Twitter presence.

Are you still in doubt about scheduling in advance? If yes, don’t wait for miracles that everything will be organized by itself and see how scheduling feature works.

Probably the biggest advantage of scheduling Twitter posts is that this tactic helps to save a great amount of time and you can spend it productively on other important tasks.

To open a Twitter page, thinking of an engaging tweet and writing it, selecting a compelling visual, which will match with your post and after that, publishing it, usually this action takes not a few minutes.

Although, scheduling tweets may seem as a lot of work and taking a lot of your time at first sight, however, starting scheduling you will notice how you optimize the process of uploading multiple Twitter posts and consequently, free up your time for other more important things to do. The significant fact of scheduling is to understand that it is the one time action and your Twitter content will be planned, for instance, 1 month in advance.

In this case, since you are saving the time by scheduling tweets in advance, you can take more time to engage with your Twitter audience, attract new Twitter followers, participate in Twitter chats, search for popular topics that can be significant for your brand’s awareness and even make insightful conclusions analyzing Twitter performance metrics.

Have you ever had the situation when you were uploading Twitter posts each day exactly at 12 pm, however, due to a rough day you missed to post a tweet as usually and uploaded it in the evening or even postponed to the weekend? After failing to keep up with the uploading time, you can likely notice the decrease in amount of Twitter followers or the lower level of engagement.

If the circumstances described above are similar to you, then scheduling tweets is the best option because it helps to keep your Twitter account’s consistency. Scheduling your Twitter posts reduces the pressure not to forget to publish the new tweet.

Besides, scheduling is a great solution while you are travelling, because show up time of your Twitter posts will be planned in advance and you shouldn’t estimate the time when your followers are active in order to post the tweet.

As scheduling allows you to plan your Twitter posts when you cannot even be awaken, consequently, you can reach other Twitter users who are on the other side of the world.

In this case, it will not only assist in attracting the new audience and making them your Twitter followers, but also gaining the higher level of engagement, because there is a chance that this new audience will interact with your Twitter content.

Three reasons of why scheduling tweets can be important were reviewed; now let’s move on to another relevant question:

How to schedule tweets?

It is great that Twitter lets to schedule tweets directly from its platform. However, in order to get an opportunity to use a scheduling function on Twitter, you need to sign up for an Advertiser’s (Ads) account. Then either press on a blue icon “New Tweet” in the top right corner or go to the section “Creatives” and choose “Tweets” from a drop-down menu.

After all these steps, you will be automatically redirected to the Tweet Composer where you may design your tweet. Don’t forget to add related images, videos or hashtags.

In “Delivery” section you can choose two options “Promoted only” which means that your Twitter post will be delivered to the Twitter users who are in a Promoted Tweet campaign; and “Standard”- shared to all your followers.

If you want to see your scheduled tweets, you can do this also in “Creatives” section, choose “Only Scheduled Tweets” and there you will find all tweets with planned time and date to go live.

Although scheduling directly on Twitter has an advantage of everything being on the same platform and you don’t need to worry that you can lose your content, however, this Twitter feature has annoying disadvantage, because of its notifications’ emails to start using ads.

If you believe that it won’t make you feel irritated, then try scheduling opportunity on the Twitter platform.

There are a million of third party scheduling applications, such as HootSuite, Buffer, Twuffer. These three are the most popular in a social media world.

The principle of scheduling is more or less the same on all scheduling tools, so if you decide to us a third party scheduler instead of Twitter, it shouldn’t be difficult to understand how it works.

In conclusion, I hope that now you understand the importance of scheduling Twitter posts and you’ll use tweet scheduling option.

Just because tweets are scheduled, it doesn’t mean that you shouldn’t pay attention to your tweets. But scheduling provides you with a bigger control to organize your Twitter content.

However, if you already started to work with a particular scheduler or use the schedule function on the Twitter platform, let us know about it in a comments’ box below!