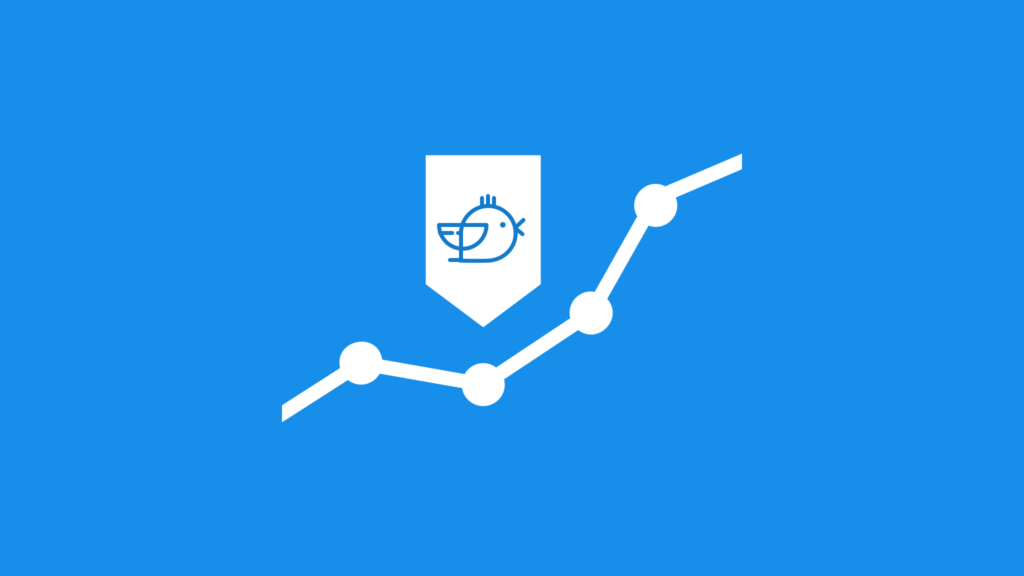 How to Boost The Click-Through Rate on Tweets: 11 Tips

Tweeting isn’t a difficult task. You just need to type anything you want and press the “Tweet” button.

However, creating a tweet which induces users to click (not just read it and pass on by) is actually a tricky business that keeps social media marketers up at night.

As you have most probably understood, the click-through rate (CTR) is one of the most significant indicators of being successful on Twitter. The higher CTR your tweets have, the more conversions, sales and revenue you will receive.

Wondering how to make your tweets more clickable?

Keep reading and in this article you will discover what exactly CTR is and how to attract a wider audience and boost click-through rate of your tweets.

Let’s dive right into it!

Before I will cover the steps that you need to take in order to boost your tweets’ CTR, let’s clarify what does it mean to “click on your tweet”?

You see how many options users have to click on?

In this case, when people click on a link added in your tweet, your content becomes more visible, your webpage receives more traffic and, consequently, you are able to grow sales.

Don’t miss: How to Become Famous on Twitter: The 9-Step Guide

How to boost the CTR of your tweets: 11 tips

There are several methods how you can craft your tweets in order to encourage your audience to click through. Here are 11 ways to improve your CTR of your tweets.

1. Write convincing headlines of your tweets

Do you know what is the crucial element of your tweet? It is the headline!

According to social media studies, tweets that contain attractive titles are able to generate 18% bigger CTR. It means that the more captivating headline of your tweet is, the bigger chances to receive a higher CTR.

In this case, while crafting your tweet, don’t forget about its title. It should sound as catchy as possible in order to make people to click on it. In other words, your tweet’s title needs to persuade users that it is worth their time to click on the link and read the content it leads to.

What is more, the best headlines are the ones that are lighthearted, short (consisting of approximately eight words), includes numbers, state a benefit and prompt curiosity.

Overall, if your goal is to increase your tweets’ CTR, then keep in mind that headlines really matter.

2. Use simple and comprehensible language

Due to the reason that Twitter is a fast paced social media network, with 500 million of tweets uploaded every day, users are scrolling through their feeds very quickly and don’t have time to read tweets several times in order to get to the point.

That’s why if you want to grab users’ attention, it is very important to use as straightforward and easily understandable language as possible. Make sure that your audience correctly understands what you want to say or offer.

Moreover, many researches show tweets that accessibly define their offers receive 18% more clicks. So, the clearer you are in your tweets, the more likely that you will be able to boost CTR.

3. Include the right hashtags

If your tweet doesn’t include hashtags, it will be hard to find it. Why? The answer is simple. Usually, while searching for necessary content, people use hashtags rather than words.

When you are crafting your tweets, your task is not to forget to insert several relevant hashtags. However, in no way use too many hashtags, as they will not boost your tweet’s visibility and only negatively influence on the CTR of your tweets as well.

It is recommended to add no more than two hashtags into your tweets and you will be able to improve their standings in Twitter search results, exposing them to a wider audience and get more clicks on your tweets.

All in all, applying the hashtags in a smart way will make a big difference for your tweets.

According to studies, tweets with the highest CTR are usually uploaded in the afternoon and on the weekend. And it is not a surprise because at that time people have more free time to browse on Twitter. However, keep in mind that it is a general data and everything depends on your audience.

If you want to receive more clicks on your tweets, you need to figure out when exactly a majority of your audience is online and tweet only at that time when they are ready to interact with your content.

If you think that Twitter is all about the text, then you are wrong!

In order to make your tweets more attractive, grab your audience’s attention and encourage them to click, don’t forget to include images into them.

Keep in mind that according to Twitter stats, tweets with visual content get 18% higher CTR, 89% more likes and 150% more retweets than those without it. So, don’t miss a chance to gain better results and insert visuals into your tweets.

Don’t miss: The Ultimate Guide to Using Emojis on Twitter

According to researches, tweets between the length of 120 and 130 characters get the highest CTR. However, this is also a general data.

Instead, it is recommended to experiment by crafting tweets of a different length and to see what results they generate.

7. Insert more verbs in your tweets

What is more, using the right verbs in your tweets induce people to pay attention and interact. This consequently can provide you with a great opportunity to boost the CTR of your tweets.

Whether you know it or not, but lots of users search for infographics precisely on Twitter. That means if you want to increase the CTR of your tweets, it will be a perfect idea to begin creating and linking tweets to infographics.

Various studies show that tweets with infographics get 832% more retweets and 746% more click-throughs compared to Twitter posts that contain articles.

In this case, why not to insert infographics into the tweets that will assist you in boosting CTR?

9. Space out your tweets

This is simple, but very important tactic in trying to boost the CTR of your tweets. It means that only when your tweets have sufficient gaps between them that are generally at least 30 minutes, these tweets are able to get a higher CTR.

Otherwise, if you are tweeting too frequently, your audience will think that your posts are spammy and, consequently, will not click on them or even block your Twitter account.

Overall, it is advised to use a posting schedule, which will help you to space out your tweets and will prevent you from looking as a spammer.

10. Place the links early on in your tweets

Surprisingly, lots of users don’t take this tip seriously and insert links in their tweets where they logically fit best — toward the end. However, they are mistaken.

Social media studies state that the most successful tweets, in terms of clicks, are the ones in which links are placed about 25% of the way through the tweet.

So, if you want to receive a higher CTR, try to add links earlier in your tweets, instead of putting them at the end of your Twitter message.

11. Make sure your link works

Although this may seem obvious, however, it happens way more often than you may even think.

In fact, there is nothing worse than one week after uploading of your perfectly optimized tweet notice that an added link doesn’t work. In this case, if your link doesn’t work, then it will make a negative impact on your tweet’s CTR.

Usually links don’t work when a space between your tweet’s text and the link isn’t added. So, don’t let this happen and better double check that the link is inserted correctly into your Twitter post.

Don’t miss: How to Use Twitter Videos to Get More Followers?

Now you know the 11 ways how to boost the CTR of your tweets. By following them, you can be sure that you are doing everything right in order to get the most clicks out of your tweets.

What tip did you find the most effective? Do you know any other methods how to increase the CTR of the tweets? Please share your thoughts in the comments below!