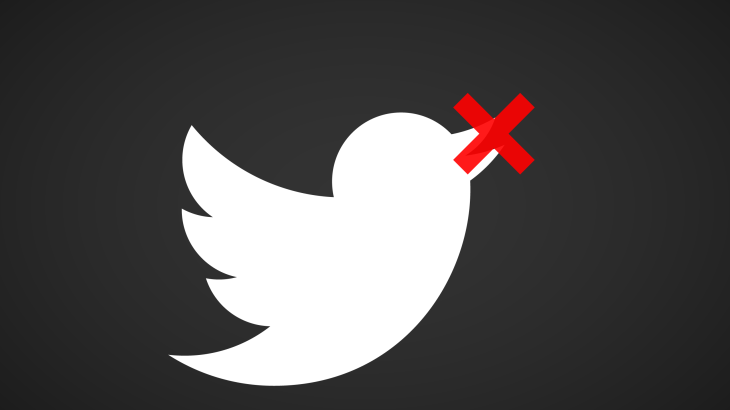 How to Block Twitter Users & Never See Them Again

It doesn’t matter whether you use Twitter for your personal or business purposes, sooner or later we face problems with some Twitter users. Some of them are spammy and advertise too much, some of them doesn’t agree with everything you say or even just hate you for whatever reason.

It’s okay if some user responds to your tweet with honest but unfortunately negative opinion and it is based on real facts. But what to do with people that are spreading out rumors that are not real facts and just try to harm your business or you personally?

These Twitter users may cause a lot of trouble to you personally or your brand’s reputation if you don’t take further action. In this article I will explain should you block Twitter users and guide you on how to do this properly.

Always remember to use this feature only on extreme circumstances. Don’t just block everyone that disagrees with your opinion or with what you do. You should note this especially if you run a Twitter profile for your business.

If someone left a negative comment regarding your products or services, always reply with facts and explain the situation. Maybe then that particular user will understand why something went wrong and will continue using your services.

Overall, people like to be heard and get response. If you would just delete his comment and block that user, he and probably his friends wouldn’t ever use your services again for sure.

People know that sometimes something wrong happens and they expect to see various opinions & comments (even negative) on your profile. If they see that you receive only positive comments, they may guess that you just block certain users.

If they see that you kindly and respectfully respond to all negative comments, your followers will trust your brand more, as they will see that you care about your customers and try to help & explain the situation.

On the other hand, if someone (that is not your customer) wrote negative comments that are made up facts and you see that he is just trying to harm your business or insult you personally, you should definitely block him. Also, if some user keeps spamming on your profile offering his own products or services, you can block him too if he does that not the first time.

So, try not to overuse this feature and block users only when it is necessary and can’t be dealt the other way.

Blocking someone on Twitter is very simple. I would also suggest you to Mute someone prior to blocking as it is a friendlier alternative to blocking. If that doesn’t help, then just proceed with blocking.

To block some user, just go to user’s Twitter profile. Navigate to the upper left corner and click on three vertical dots button. From the dropdown menu click on “Block @username”.

That’s it, you won’t hear from this user anymore!

Commonly asked question – will blocked user know that I blocked him? The answer is – probably yes.

The thing is, when you block someone, he will not be informed about being blocked from your account. But, if he visits your Twitter account, he won’t see any of your posts and following message will be displayed: “You are blocked from following @username and viewing @username’s Tweets”.

So, user will know that you blocked him right after he visits your Twitter profile.

Don’t miss: 5 Ways to Get More Traffic From Twitter

What’s the purpose of blocking and what does it really do? Blocking restricts blocked user from variety of things.

You will not receive any notifications from the account that you blocked.

Don’t miss: 7 Main Reasons Why You Are Losing Twitter Followers

I hope this guide helped you to know more about blocking feature. Use blocking feature only at extreme circumstances, as there are friendlier alternatives (e.g., muting) to deal with annoying users.

If you have any suggestions to this topic, leave a comment below!