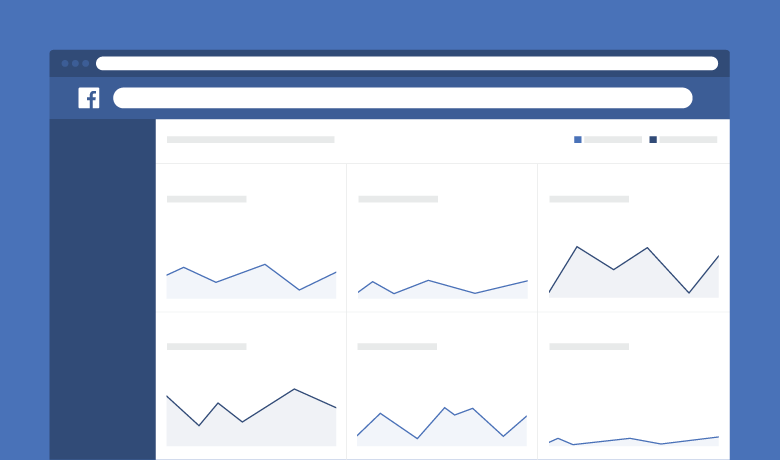 If you have already gotten your Facebook ads up and running, most likely the question that arises in your mind is “what is next?”

Your following task is to monitor key Facebook ad metrics in order to learn more about how your Facebook ads perform and to make them more successful.

So, do you know which of your Facebook ads have the best click-through rate (CTR)? How much you have spent? What is your return on investment (ROI)?

Actually, if you track Facebook ad metrics, it means that you should find answers to each of these questions and even more. However, with a huge variety of metrics available on Facebook ads Manager, you can easily get overwhelmed with all this information. What is more, some metrics can be completely inessential depending on your ad campaign.

Are your Facebook ads working for you? Want to know which ad metrics you need to track?

In this article, I am going to review 9 metrics you should pay attention to while analyzing and evaluating the performance of your Facebook ad campaigns.

The first thing what you need to do before you start tracking Facebook ad metrics is to decide and select which indicators are the most important and can help you to show the real performance of your ad campaign.

Do you know where you can find all suggested metrics? Well, I will tell you.

Go to your Facebook ads Manager and click on the three horizontal lines icon on the top right corner. After that, select “Ads Manager”. In the appeared window, press on the “Columns” section and from the drop-down menu choose “Customize Columns”.

Once all these steps are done, on your screen you will see a suggestion to remove metrics that you don’t want to monitor & search for and add the ones that seems able to provide useful insights on how your ad campaign is performing.

Also you can set the breakdowns by audience’s age, gender, country, ad placement and much more. After making all the needed corrections, put a tick near the “Save as present” in the bottom left corner of your screen and press “Apply”.

Actually, selection of Facebook ad metrics depends on the type of ad campaign you are running. For instance, engagement categories metrics, such as page likes, post shares, cost per post engagement, link clicks or click-through rate (CTR) can be significant indicators for the content promotion campaigns. While for the lead generation ad campaigns, performance metrics, such as reach, impressions, results, cost per 1000 people reached and other may be crucial to measure success of ads’ campaigns.

Now I am going to review the most valuable metrics that are included in three categories on Facebook ads Manager.

Don’t miss: 5 Common Facebook Ad Mistakes & How to Avoid Them

This metric shows the total number of times your Facebook ad attained an outcome, based on the objective you selected.

Actually, results are considered as a significant indicator of every Facebook ad campaign.

Why? Just because results metric gives you the general understanding how well your ad campaign performs and helps to see whether you are reaching desired aim or not.

Overall, the particular results your Facebook ad campaign is achieving will change depending on what you have set as your objective.

Another metric, which is called the cost per result, provides you with a knowledge how much each result (action) costs.

As it was mentioned earlier, the result or action can be a click to your website, a new signup or something else.

While you are running Facebook ad campaigns, it is interesting to see if you are moving in the right direction in order to reach your goal. However, it is more important to monitor cost per result that gives you a more accurate view of your ads.

For instance, if your cost per result shows 20 dollars per new lead, but each lead brings you only 10 dollars of revenue, it means that your Facebook ad campaign isn’t effective and only gives you a negative return.

What is more, if you can lower your cost per result, then you will get higher conversion rates and increase revenue for the same ad spend. Actually, it is advised to analyze your cost per result at the same time paying attention to ad frequency and amount spent on your ad. Because in this case you will have a clearer picture of your ad campaigns. However, if you compare cost per result of several ad campaigns, it will be more effective due to the reason that you see which campaign is performing best.

In fact if your advertising budget is around a few dollars per day, then the frequency metric will not be so interesting for you to monitor. However, if you notice that your ad campaign is just eating hundreds of dollars every month, it means that you need to pay more attention on this metric.

Frequency displays the average number of times each user saw your Facebook ad.

How it actually works?

If you show the same ad to the same audience for several times, most probably that your audience will get annoyed and will start ignoring or even reporting your ad as a spam. In this case, due to repeated exposure of your ad, the frequency will decrease and, consequently, it will influence on reduction of relevance score of your ad.

What you can do to ensure low frequency?

First of all, create an engaging advertisement. Secondly, while setting up your Facebook ad campaign, in optimization section choose the “Daily unique reach” option in order to serve your ads to the same users up to once per day. Also, it is advised to stop running your ad and create the new one, when ad has been served more than 3 times.

The Amount spent metric shows the estimated total amount of money you have spent on your ad campaign.

Why it is important to track this indicator? Just because you need to be sure that you are in a budget and understand whether you are allocating your ad budget appropriately or not.

But the amount spent alone isn’t very strong metric of effectiveness of your Facebook ad campaign. There are other not less important indicators, such as click-through rate (CTR) and Return on ad spend (ROAS), that will provide you with a more precise insights regarding the performance of your ad campaigns.

This metric is considered useful to track since it represents the number of times users have clicked on the link in your Facebook ad.

Actually, link clicks is an indicator that helps you to understand whether your Facebook audience is interested or not in what you are saying in your ad and whether they want to receive more information or not.

It is advised to monitor the amount of clicks each of your ad gets in order to see which ad is the most appealing to your audience. If some ads are getting more clicks, it means that users are interested in your ad subject.

The click-through rate (CTR) of your Facebook ad campaign displays the percentage of audience who clicks on your link after watching your ad.

If you see a low CTR, it means that when users see your ad, it doesn’t seem attractive and they aren’t interested in what you say or offer. Therefore, CTR metric helps you to get some knowledge on how well your Facebook ads are at inducing users to click through.

In order to calculate CTR you need to divide total clicks by impressions.

If your ad has received 100 clicks, most likely you think that you got great results. However, if you received 100 clicks in 100 000 ad impressions, that is just 0.1% CTR. Now the situation doesn’t look so impressive, right? If amount of clicks remains the same and the total number of impressions is 1 000, then CTR will be 10%.

Now you should understand why you cannot look at clicks alone. You need to monitor impressions as well in order to get click-through rate to figure out how engaging your Facebook ads are.

Here are some advises that should lead to a higher CTR:

Post engagement is the total number of likes, shares, comments and clicks that your Facebook ad received.

Actually, the importance of this metric depends on your ad campaign’s type.

The higher engagement rate is better because it sends signal to Facebook algorithm that your ad is engaging and, consequently, Facebook makes your ad more visible to your audience for a lower cost.

All in all, post engagement metric provides you with a full picture of how users are engaged with your ad.

You can ask any advertiser what is their key metric is and they will undoubtedly answer that it is a conversion rate.

Why? Just because it doesn’t matter what ad campaign’s type you set, your main goal is to get more conversions or in other words, to turn as many people as possible into your customers.

Once you know your ad conversion rate, you will see what percentage of users who click on your Facebook ad goes to your webpage and ends up purchasing your product or service.

However, remember, if your ad has a high CTR, it doesn’t mean that its conversion rate will be also high.

Therefore, how can you boost a conversion rate? You need to create ads that evoke a sense of urgency and make an audience feel like they are a part of something unique. In this case, you will not only encourage your audience to take action, but also get a higher conversion rate.

Return on ad spend (ROAS) metric tells you whether you are receiving revenue in return for the money you have spent on your Facebook ad campaign or not. ROAS is similar to ROI (return on investment).

If your ROAS percentage is positive, it means that you are receiving more from your ad than spending on it or in other words, your ad campaign is profitable. For instance, if you spend 150 dollars on your ad and it generates 350 dollars, then ROAS is positive 200%.

However, if you get a negative ROAS, in this case, you are just wasting your money on ads.

Moreover, keep in mind that you don’t need to calculate ROAS manually. Facebook has a column that displays your ad campaign’s return on ad spend.

In conclusion, keeping an eye on the metrics will help you to find and stop Facebook ad campaigns that only waste your money and improve the ones that provide you with profitable results.

So, don’t ignore Facebook ad metrics discussed in this article, because they are crucial in improving your Facebook ad campaigns. Better try to understand them start monitoring them frequently.

What ad metrics do you track in order to understand how successful your Facebook ad campaigns are? Share your thoughts in the comments below!