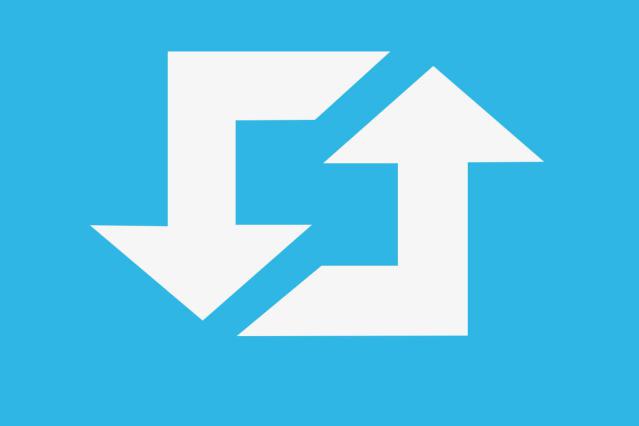 Do you feel like you are just spinning a wheel on Twitter? Do you upload the tweets, however, don’t see much of results?

Don’t worry, you can fix this!

If you want your Twitter content to be noticed and shared, then you need to devote more time and effort in order to learn how to do it correctly.

Uploading the informative posts with catchy headlines is vital in making your performance on Twitter more successful, however, in order to win tweet-retweet battle, you need to keep in mind several important tactics.

Here are 7 simple tricks to get more retweets on Twitter. Let’s dive right in!

Uploading your Twitter posts is probably the most important factor in order to drive retweets. Think what is the point of pushing out your tweets when none of your audience is active on Twitter?

According to social media studies, the best posting time on Twitter is considered between 12 pm and 1 pm. At this period of time, which is actually the time for taking a lunch break and browse social media, the highest level of users’ activity is noticed.

When it comes to days, you need to remember that during the weekends a majority of your Twitter audience is more likely to be out and away from Twitter. So, try to plan upload all your engaging tweets on the weekdays, better at the beginning of the week.

While applying this theory in practice, the outcomes can be very different. There is not a specific time which ensures that your tweets will reach a big amount of your Twitter audience and boost the number of retweets. Actually, timing is something very personal for every brand and it can mainly depend on the location (time zone) of your audience.

However, there is good news that you can easily figure out when it is best time to upload your tweets. How? Using Twitter Analytics you may learn when your audience is mostly active. In this case, you will not only know the best time to publish on Twitter but also maximize the performance of your tweets, increase number of likes, comments and retweets.

Don’t miss: 5 Ways to Get More Traffic From Twitter

2. Add colorful images, infographics and charts in your tweets

Twitter posts that include pictures stand out in users’ newsfeeds and get noticed more often.

Social media analyses show that tweets with images receive 18% more clicks and 150% more retweets. What is more, studies found that pictures with rich, saturated colors are more likely to grab audience’s attention and increase the chances of your Twitter posts to be retweeted in 5 times.

Another way, in order to get your Twitter audience to stop and notice to your tweet, is to add some sort of charts or infographics.

People pay more attention to Twitter posts that include informative and entertaining graphs because they like to get information in visuals. Moreover, these type of tweets seem engaging and users want to share them with their friends.

As based on marketing studies the average lifespan of a tweet is only 18 minutes. It means that the timing matters more than ever on Twitter. In this case, you have a task to create a tweet with an image or chart in order to capture audience’s attention as soon as possible and encourage them to engage with your posts.

3. Ask for a retweet

There is a good saying – fortune favors the bold. If you want something, don’t be shy and request it.

It is considered that the simplest way to receive a retweet is to ask for it. Actually, it is incredible how much just one phrase “Please Retweet” can give you. Probably you can be surprised that most Twitter users are helpful in retweeting your post and making it more visible.

However, it is advised to use this tactic reasonably. Otherwise, if you ask for a retweet every single day or even several times per day, in this case you will only annoy your Twitter audience and they will start to ignore your tweets.

Can you image that by including the “Please Retweet” phrase in your post, you boost your chances to be retweeted by 12 times? Seems unbelievable, isn’t it?

Sharing some facts about your personality or behind the scenes of your brand is an effective technique in order to increase your Twitter posts’ engagement level.

Without a doubt, a comfort level while sharing some personal things is very different for everyone. What is more, it is obvious that you should use common sense because there can be things that aren’t applicable to share with your Twitter audience.

Overall, make sure that you will not include too personal information into your tweets. Otherwise, users may be confused by your too private message and even unfollow you.

Another powerful tactic in order to receive a lot of engagement and consequently more retweets, is using quotes in your Twitter posts.

Quotes are intelligent sayings about everything in life. Often wise quotes force people to think about their life’s events and consequently influence on people’s emotional chord. Due to this, people like to share what grabbed their attention. Also, quotes get more authority compared to typical post, as they were created by some famous person. This induce people to share quotes more frequently too.

There are lots of various quotes on the Internet. So, go and search for the several great ones which you think will suit your Twitter posts.

Using humor on social media may be complicated, particularly on Twitter where text characters are limited.

However, there is nothing better than a little bit of funny things that can lighten super serious and informative tweets. According to social media analyses, Twitter posts that make an audience laugh, get a bigger number of retweets.

In this way, if you have some humorous things to say without being low-minded and ruining your own or brand’s reputation, go for it. You will not only stop your tweets being monotonous and make them catchy but also boost engagement of your Twitter content.

7. Use links in your tweets

One of the key reasons why people use Twitter is just because they are looking for news updates or some other informative and helpful data.

Various studies show that users are more likely to share your tweets if they help them to get necessary information or instructions and solve their issues. In this case, it is considered that users will not only engage with your content, but also there are bigger chances that they will remember you or your brand. Moreover, if these people are not your Twitter followers yet, they will probably become followers in the near future.

However, you need to provide all this informative and useful data as a URL in your Twitter post because only then you will receive more retweets.

As posts with a link in it (URL) are retweeted 86% more often than tweets without a link, so it is advised to keep in mind this strategy while you are creating your Twitter post.

Wrapping everything up, you have probably noticed that Twitter provides you with the powerful features which you can implement in order to boost your Twitter reach and get more retweets.

So, go and start using them.

However, if you are using some other techniques to get more retweets on Twitter, share them in a comments’ box below!