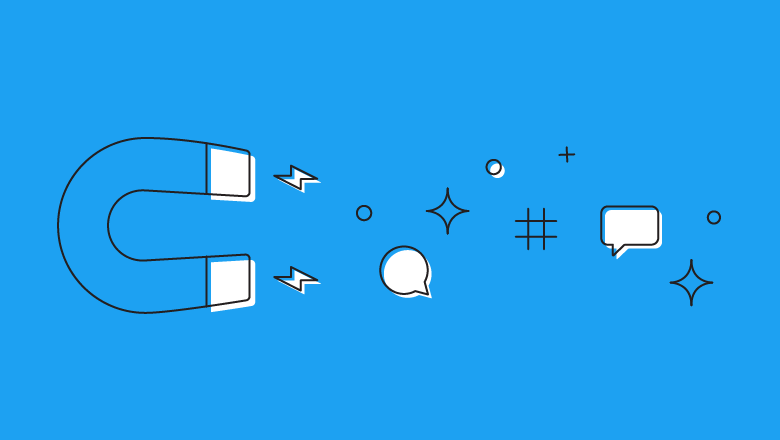 Imagine the situation when you are standing in front of a room full of people and giving the best speech you have ever presented. You strongly believe that your speech is original, entertaining and informative. Unfortunately, no one is listening to you.

Now let’s transfer into a social media world and visualize the moment when you are uploading a post on a Twitter platform. You hope that it is the most engaging content. However, there is a problem that nobody or only a minority of your followers are liking your Twitter post or retweeting it.

In other words, what described above in social media is called engagement. As far as it is talked about performance on Twitter, your main task should be try to boost engagement of every single post you upload.

As Twitter, with more than 330 million monthly active users, has become one of key players of social media platforms, it can be clearly seen that a lot of businesses and marketers see the advantages of joining it. Consequently, the competition on a Twitter platform increases.

And here the important question arises, how to get some of those 330 million of users to interact with your content?

Engagement is when the audience interacts with the tweets that you have uploaded. There are several ways how the people can engage with your content:

Firstly, a higher level of engagement helps to build and maintain relationship between your brand and other Twitter users who later can become your customers.

Besides, engagement can establish a partnership with other businesses. If you retweet other users’ content, they can reply you by liking or commenting on your posts and sharing it. In this case, the reach of your Twitter posts will be expanded to a new audience who probably can become your followers.

1. Interact with other users

If you want to receive engagement from other Twitter users, it is advised to start interacting with their content first. Visit their profiles, like, leave your opinion on their tweets or retweet their posts which you liked the most.

This way of building relationship when you respond to other users’ comments and interact with their content (congratulate them or discuss a significant topic) will help you to be noticed. Usually a lot of businesses don’t have time to engage with their followers, so if you decide to spend your time and efforts, without a doubt it will give you valuable results.

Actually, this strategy not only lets you to boost Twitter engagement, but it assists in establishing relationships with other Twitter users who most probably will become your followers and customers later on.

Just like on other social media platforms, while using Twitter you need to keep in mind the certain periods of time when the majority of your target audience is active. Uploading your tweets at the peak hours of your followers will help you to receive more views, clicks on your content and you will likely expand your Twitter interaction.

Don’t forget about researches. According to social media studies, it was found that if you want to get 30% bigger engagement, then follow the rule – post your tweets between 11-12 AM and 5-6 PM in your target audience’s time zone.

However, the best option is to make an analysis in order to figure out the most active hours of your Twitter followers and after that post tweets relying on this information.

What is more, social media analyses have found that Twitter posts, which have images, get a 150% raise in retweets.

So, when you are uploading a content on Twitter platform, think about inclusion of a picture, video or even GIF because visuals are an effective way to grab the attention of users and encourage them to engage with your tweets.

However, it is important to ensure that included images are directly related to the tweet’s text.

Hashtags are an integral part of Twitter platform because when you are uploading an informative and entertaining tweet, insertion of hashtag helps to identify the topic of your content, making it easier for your target audience to find the particular subjects that they are interested in.

Besides, usage of hashtags is a great way to let other Twitter users follow and participate in all conversations regarding the specific subjects.

According to statistics, since hashtags are making your Twitter posts more visible, using them helps to boost your Twitter engagement level by two times among your followers and other Twitter users.

When it comes to retweeting, Twitter posts that contain at least one hashtag attached have the higher chance to be re-shared by other Twitter users. However, sometimes less is much better than more because social media researches state that tweets with one hashtag are more likely to be retweeted than those that include two hashtags. So, consider using only one hashtag.

Overall, in order to attach the relevant and valuable hashtags in your Twitter posts, make analysis of the most trending hashtags that are used on Twitter by the same brands or industries.

This is one of the most common strategies of engagement rate’s growth in social media, however, it still powerfully works. People are willing to provide their opinion, share their experience and views if they feel that their thoughts will be heard.

In this case, Twitter polls or even asking an open-ended questions are considered as an effective method to interact with your target audience and collect useful insights about your Twitter followers’ wants and needs. What is more, applying this technique shows that your followers’ opinion is important for you and consequently, it helps to establish trust and strong relationship.

While creating a Twitter poll, keep in mind several things:

In conclusion, there are a lot of various tactics in order to boost Twitter engagement. Today only 5 of them were discussed, so try to implement these tips the next time you will be uploading the Twitter posts and you will notice how your Twitter engagement level is increasing.

If you have some thoughts related to our today’s topic, feel free to write them in the comments’ box below!